Problem: I can’t find what I need when and where I want it

I’ve been obsessed with stuff since I was a kid. Maybe it’s because we moved around a lot and I didn’t get to keep too many mementos. It made me super organized with the stuff I have. I’m one of those people who unpack completely when I arrive at a hotel, even for one night.

Right now my “old” stuff (that I’m not using) is sitting in 35 boxes in my garage, in filing cabinets in my office and of course on digital files, DVDs, CDs, even VHS tapes. And it has been there for years, through multiple moves, storage units and garages.

In June of 2010 I had an accident. A laptop (Dell not MacBook Air) fell on my head on a flight from New York to LA and as a result I sustained a traumatic brain injury. That meant that my amazing memory was shot to hell. Not only did I not remember if I used conditioner on my hair, but I couldn’t remember people and events. Scary stuff.

My doctors had me write everything down. But that didn’t help with the past. So for the first time in years, I opened the boxes in the garage, the photo albums on the bookshelf, the file drawers in my office, watched old home movies and slowly put back the pieces.

We rented a villa in Costa Rica for Christmas vacation. It was supposed to help me recuperate and relax. Instead we were robbed. While I only lost an iPod to the robbers, my friend had her MacBook, iPhone and brand new iPad stolen. She had no backup, no serial numbers, basically no way to recover her tech devices. Yikes, lesson learned.

In March 2011 when the earthquake and tsunami hit Japan, I was determined to ensure that should disaster strike, I would never lose my most precious memories. I do live in Los Angeles so we’re always thinking about the big one. But life is uncertain everywhere these days and being prepared can’t hurt. After all, the boy scouts have been preaching the concept for years.

When I got better, I started thinking about the stuff in our lives. And how it just sits there. And how by sitting in a box or a drawer it’s far from our minds. Hidden.

And then it hit me. Wouldn’t it be great if I could?

(a) Put my stuff in one place – a digital “museum of me” where I can access it anytime from anywhere.
(b) Share some of my “discoveries” with certain people. Not on a public forum like Facebook or Twitter but with specific people.
(c) Get rid of all the paper and crap that I’ve been lugging around between houses and countries.
(d) Simplify my life so I could have everything at my fingertips. Basically declutter, organize and be ready for anything all in one swoop.

So I set out to find that magical place that would allow me to do all that. And guess what? I found lots of sites and apps but in order to fully fulfill my vision, I’d have to spread my stuff out instead of consolidate. #Fail.

In the past when I couldn’t find a solution to a problem, I’d create it. This time though, I refused to believe that nothing like this existed. Especially since my idea was not to create a data locker. No, I wanted something that would not only meet the requirements I set out but would also be useful in my everyday life.

And so, the idea for StashWall was born. I wanted the site to be visual. (I hate the folder system on my computer, and what is 2571276.pdf anyway?) And flexible. I didn’t want to force others into my rigid system but rather allow them to create their StashWall based on how they think. Oh, one more radical idea. I wanted a way for users to interact with others (friends, colleagues, providers) in a frictionless way.

And I wanted a vault. Where I could keep all the really important “just in case” stuff so it would be accessible but also secure.

And here we are in 2017. AI (Artificial Intelligence), Voice, Blockchain and other tech innovations are making it easier to bring my vision to reality.

That story is still being played out. Connect with me directly if you want to know more. 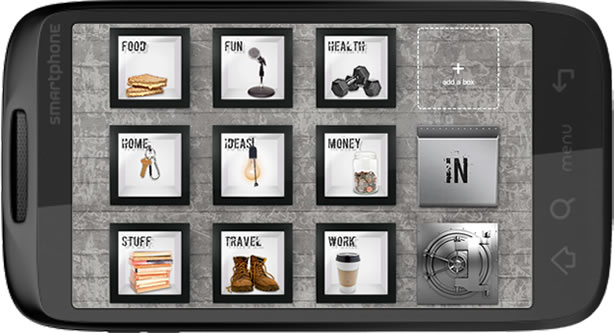