Anat’s career has taken her around the world. An innovative leader, Anat has worked as a corporate executive with well-known hotel brands including Four Seasons, Holiday Inn and Radisson. She’s since been a management consultant (working with both entrepreneurs and multinationals including KLM), a Hollywood executive and producer (her first movie aired on CBS) and travel expert on television and online.

While at the helm of Mike’s Hard Lemonade in its early days, Anat helped grow the company into a $200 million juggernaut within three years, creating a brand new category in the ultra-competitive beverage alcohol industry. Amazingly, she succeeded at Mike’s despite her allergy to alcohol.

After departing Mike’s, using her Hollywood know-how, Anat wrote, produced and directed Beer Wars, a feature-length documentary that examines capitalism and free enterprise in 21st-century America. This award winning film is distributed by Warner Bros. It is also available on Netflix, iTunes, Hulu and was sold to Showtime and CNBC.

Anat is currently the Founder and CEO of StashWall, an early-stage technology startup. The platform provides a visual and intuitive way to integrate and connect all areas of your life in one convenient, secure and accessible place.

Always ready to share her point of view using her engaging storytelling ability and wicked sense of humor, Anat has been both in front of and behind the camera, on stage speaking to audiences of hundreds or thousands and is active on social media. She has been quoted or interviewed in 500+ TV, radio, print and online press outlets, including: CNN, Fox News, CBS Morning News, WB Morning News, Inc., Entrepreneur, New York Post, Los Angeles Times and Thrillist. 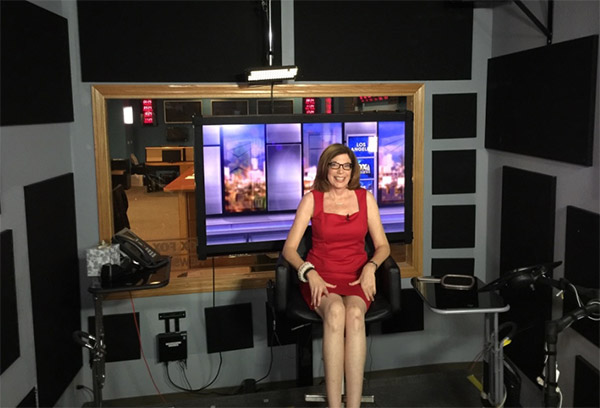